Economic Analysis and Policy Outlook of the U.S. in November 2020

Generally speaking, the U.S. economy is recovering steadily. However, as the pandemic is still lingering, people are reluctant to travel, which has severely affected the recovery of the aviation and oil mining industries. After the stay-at-home order was lifted, people's demand for goods and services rebounded rapidly, but the pandemic slowed down the speed of transportation and logistics and prevented the full release of production capacity of enterprises. The number of bankruptcies of large companies hit a 10-year high, mainly in the retail, catering, hotel and entertainment, aviation and energy industries. The overall job market has recovered well and the unemployment rate has continued to decline. However, many temporary unemployed laborers have been forced to become permanent unemployment. The recovery of job supply in the leisure hotels and mining industry is far less slower than that in other industries. All of the above obstacles on the way to economic recovery need to be resolved through the control of the pandemic. Since the U.S. and Europe cannot take strong measures in public health to cut off the spread of the pandemic like China, they can only put their hopes on the launch of vaccines and specific drugs next year. In the short term, the impacts of the U.S. election results on consumer expectations and demand need to be observed. In the long run, the factors leading to weak inflation levels are very complex and difficult to change in a short period of time. Global central banks will continue to maintain loose interest rate policies. It is believed that the Federal Reserve will keep the interest rate unchanged at the November conference.

Coronavirus Updates in the U.S. and Europe

After different states of the U.S. issued the stay-at-home order, the implementation of some states was not ideal, and the effectiveness of pandemic control after the gradual resumption of work was also poor. As the weather is getting cold again, people's gathering activities are turning indoors, and the number of newly-affected cases in the U.S. has reached a new high. At present, the impact of the pandemic will continue to cripple the U.S. for a long time. Biden and Trump adopt different attitudes towards the prevention and control of the pandemic. Trump advocates that the U.S. no longer implements the lockdown order, while Biden advocates heeding the advice of public health experts on the lockdown, and supports to recover economies and open schools under the conditions with adequate safety measures. Taking into account the importance of economic recovery, neither of them is willing to enter the lockdown. As of November 5, Biden had more votes than Trump. Considering that Democratic voters prefer to vote by post, after the postal vote is counted, Biden has a higher probability of winning. Trump claimed that postal votes are easy for election fraud, and legal challenges will be launched subsequently. The entire election process may take several weeks. The U.S. cannot get rid of the COVID-19 pandemic at one time through a strict blockade order and strictly foreign import prevention. The implementation of a strict blockade order will not bring the economy into a stagnation, and it also cannot effectively control the pandemic. At present, it can only hope for the development of vaccines and special drugs.

According to data from the U.S. Department of Commerce, the actual GDP growth rate of the U.S. in the third quarter of 2020 was 33.1%. This growth rate is an annualized and adjusted quarter-on-quarter growth rate. The actual GDP in this quarter has returned to the level of the first quarter of 2018. Among them, personal consumption expenditure and private inventory investment rebounded rapidly, non-residential investment and residential investment rebounded slightly, and net exports dragged down the GDP growth rate. The growth in the third quarter reflected the recovery effect of the economic restart after stay-at-home order was cancelled. The increase of personal consumption expenditure is mainly driven by consumption of health care services, food services, accommodation services, automobiles and parts, clothing and footwear. The growth of private inventory investment is mainly boosted by the retail trade of auto dealers. The increase in exports was mainly led by automobiles, engines, parts and capital goods. The growth of non-residential fixed investment is mainly driven by transportation equipment. The increase in residential fixed investment mainly reflects the increase in broker commissions and other ownership transfer costs.

As the economy has been recovering, the personal consumption expenditure (PCE) price index rose by 1.4% year-on-year in September, of which the core PCE value index increased by 1.5%, showing a clear upward trend. In addition, the CPI index rose by 1.4% year-on-year in September, with the core CPI index excluding food and energy up to 1.7%. However, the month-on-month increase in the CPI slowed down, with the month-on-month growth rate dropping from 0.6% in July to 0.2%. The Federal Reserve stated that in order to push up inflation, it will maintain interest rates close to zero until at least 2023, and maintained that it can tolerate inflationary pressures moderately above 2%. Due to the slow rise in inflation, officials of Federal Reserve continue to call for policies that provide more assistance to families, state governments, and companies.

Housing sales bounced rapidly after the cancellation of the stay-at-home order, which releases the barriers to housing demand during the economic closure period. The median price of existing house sales rose steadily. In September, it recorded 331,800 dollars, with an increase of 14.84% year-on-year. The 30-year average fixed interest rate of mortgage loans in the U.S. continued to decline, recording a new low of 2.8%. Existing house inventory remained at a low level, recording 1.47 million set. The sales of existing houses from the beginning of the year to September were the same as the sales in the same period last year, at 4777 and 4770 respectively. Overall, the U.S. real estate market is stable, and consumer demand has not been negatively affected. The National Association of Realtors (NAR) said that the pandemic has increased the demand of people with purchasing power to leave the city to buy suburban houses. The tight supply of existing houses and the insufficiency of new houses have caused housing prices to rise. 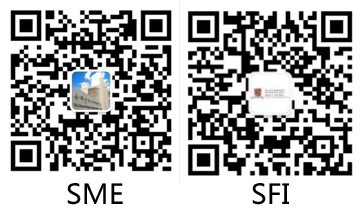